Senior Portfolio Manager Rajesh Varma of DNCA Finance says Unilever plc (ADR) (NYSE:UL) is not just a developed market company, as 60% of its revenues come from emerging markets. As a result, the company is seeing approximately 6% growth each year.

A company that everyone should know is called Unilever. It’s an Anglo-Netherlands company. So it has dual listing in the U.K. and the Netherlands. People look and say, “Well, it’s a developed market company,” but it’s actually not, because 60% of its revenues come from emerging markets, and their goal is to have that at 70% by 2020. So for me, it’s a company that focuses on emerging markets.

And when you look at it, it’s got 5%, 6% growth every year. But you invest in it because you believe in emerging market consumption. That’s the reason you own it. And it continues to perform well. I mean, over the last six years, in U.S. dollar terms, it has provided annualized 10% return, which is pretty good. Ten percent annualized return over the last six years is pretty good, at least that’s how I feel. And I’m happy with that kind of return. That’s what I need. It’s good enough. 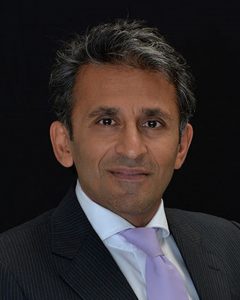