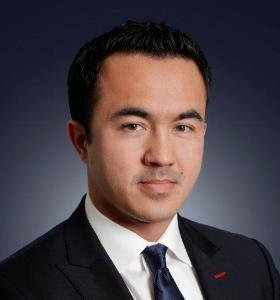 Mitch Steves is an Analyst at RBC Capital Markets primarily focused on networking equipment and semiconductor companies. In 2016 and 2017, he was noted as a “Rising Star of Wall Street Research” according to Institutional Investor magazine in three categories: Telecom & Networking Equipment, Semiconductors and IT Hardware/EMS.

He started at RBC in 2011 and launched coverage in 2015. Earlier, he held positions at Gleacher and Company covering hardware and networking equipment and worked as an investment banker at Cowen and Company. He holds an economics degree from the University of California Berkeley.

In this 4,885 word interview, exclusive to the Wall Street Transcript, Mr. Steves reveals the future value of the current trends in the semiconductor sector.

“I think one of the biggest trends is deep learning and AI — artificial intelligence. The second one would be IoT — internet of things — and self-driving vehicles.

Those three are the bigger ones. And I’d say structurally too, I think the landscape in semis has changed quite a bit.

If we look back 10 years and I told you that there’s going to be a whole bunch of private semiconductor companies that were going to attack the server and PC markets, I think I would have been laughed out of the room.

But that’s kind of where we are today now because essentially what’s happened is that TSMC (NYSE:TSM) has surpassed Intel (NASDAQ:INTC) from a manufacturing-capability standpoint.”

One of the biggest trends identified by Mr. Steves is Artificial Intelligence or AI:

“On the manufacturing side, you’re definitely going to have it. In the future, robots will essentially be doing a lot of the manual labor that just shouldn’t be done by humans long term.

Anything that’s a rules-based product is going to be done by a computer in the future. That’s the best way I could describe it. If there’s a step-by-step way of doing something, that’s eventually going to go to a robot or AI.”

“TWST: Do you foresee in the next couple of years more merger and acquisition activity in the sector?

You’ve got small-cap companies like Semtech (NASDAQ:SMTC) that are $3 billion in size, but they could easily be purchased by a larger analog player.

I think even Maxim(NASDAQ:MXIM) is probably a little bit bigger, but they could be consolidated as well.

You’ve got several other kinds of smid-cap names there that have good products. One that we don’t cover that is a good example of a solid company is …”

Read the entire 4,885 word interview and get all the best recommendations from this award winning semiconductor stock analyst, only in the Wall Street Transcript.