Pamela Palmer, M.D., Ph.D., Has Developed a New Wonder Drug for her Company 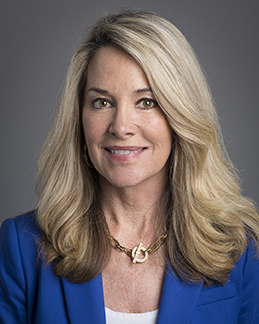 Pamela P. Palmer, M.D., Ph.D., has been Chief Medical Officer and Co-Founder of AcelRx Pharmaceuticals, Inc. since she co-founded the company in July 2005. Earlier, she was an anesthesiologist at University California San Francisco — UCSF.

She was director of the UCSF Pain Center for Advanced Research and Education — PainCARE — between 2005 and 2009. The American Pain Society named the UCSF Pain Management Center and PainCARE jointly as one of only six centers of excellence nationwide.

Between 1999 and 2005, she was Medical Director of the UCSF Pain Management Center, which uses a comprehensive and multidisciplinary approach to treat patients with various stages and types of complex acute and chronic pain.

From 1996 to 1999, Dr. Palmer worked as a faculty member at UCSF, where she conducted research on basic science mechanisms of pain transmission in her NIH-funded laboratory. In 1994, she co-founded Omeros Corporation, a biopharmaceutical company developing small-molecule and protein therapeutics aimed at improving pain management and clinical outcomes of patients undergoing a wide range of surgical and medical procedures.

Dr. Palmer received a medical degree and a doctorate in neuroscience at Stanford University and completed her anesthesia residency at the University of California, San Francisco.

In this 2,986 word interview, exclusively in the Wall Street Transcript, Dr. Palmer illustrates the strength of her corporate strategy with detailed explanations.

“It’s a very large market. When we’re talking about treating acute pain, our label is: for acute pain severe enough to require an opioid analgesic.

It’s not only for acute post-operative pain or acute emergency room pain. It’s not a selected targeted audience within medically supervised settings. It’s in fact acute pain that requires an opioid. So it is quite broad.

It’s really difficult to go into the numbers per se because it is such a broad area, but hospitals and surgery centers, etc., are going to be using it strategically.

Obviously, an oral tablet of an opioid doesn’t cost much money nor does a generic injectable opioid. So they’re going to have to make sure they’re using Dsuvia where it makes sense for them, where they’re actually saving money.

In my attempt to solve some of these problems with opioids, I decided to come up with a solid dosage form instead of a clear liquid dosage form so that it’s very unique looking and can’t be confused with any other drug.”

Get the complete picture from Dr. Palmer in this exclusive 2,986 word interview, exclusively in the Wall Street Transcript.