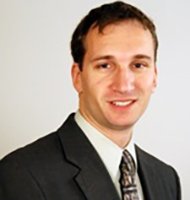 Kevin Kedra is a Research Analyst with GAMCO Investors.

He joined GAMCO in 2005 as a research analyst covering the health care industry. He now covers animal health, biotech and pharma for GAMCO.

He graduated from the University of Pennsylvania where he received a B.S.E. in bioengineering.

In this 3,118 word interview, exclusively in the Wall Street Transcript, this GAMCO analyst details the reasoning behind his top picks.  Kevin Kedra sees multiple opportunities in the current market:

“I think the Biden administration, just like so many before, will find that talking about fixing health care and drug pricing is actually a lot easier than to actually fix it and get something through Congress.

So I see some of this hesitation and nervousness on the side of investors as being an opportunity for those willing to take a longer-term view, which is something that we generally do.

So with a long-term focus, value investors are seeing a chance to buy into a space that has very strong underlying fundamentals and very good prospects for the long term, and where regulation and political movements typically have not shifted the deck too heavily against the industry historically.

On the animal health side, the sentiment has generally been positive. And COVID really created some significant tailwinds for the companion pet market.

We see things like increased pet ownership, higher spending per pet. And I’ve shared the enthusiasm that the market seems to have for this industry.

On the production side, which is the livestock, or the animals that go into the food supply chain, it’s almost a bit of a reopening play.

That industry that has been hurt a little bit by some of the changing eating trends: eating at home, away from restaurants, and school closings.

But now as we’re starting to open back up, you have restaurants coming back, which will help some of the beef, pork and poultry markets. And then schools coming back would be a nice boost to the dairy market. So that’s a bit more of a reopening play and opportunity there.”

Kevin Kedra sees the animal companion market as a high return opportunity for his investors at GAMCO:

“On the animal health side, I actually think I like some of the service and retail providers more, just because the valuations are a bit more reasonable.

You’re looking at valuations in the 10 to 12 times EBITDA multiples, whereas manufacturers like Zoetis (NYSE:ZTS), or diagnostic players like IDEXX (NASDAQ:IDXX), you’re up in the high 20s to as high as 40 times EBITDA — so much richer multiples for those assets.

One of the names that I really like in the animal health space is Covetrus (NASDAQ:CVET).

This is kind of a pure-play animal health company that was spun out of Henry Schein (NASDAQ:HSIC) a couple years ago.

Henry Schein is a very well-regarded distributor. So this company distributes into the veterinary channel across the globe.

They take products from the manufacturers like Zoetis and then bring to them to veterinarians to use and dispense. And that business is going to benefit from a lot of the tailwinds we see within the companion animal market, and there’s a crown jewel that also comes with this company that is what is essentially an e-pharmacy platform for veterinarians to use.

So one of the challenges for veterinarians has been that buying patterns have changed.

They’ve been seeing a lot of the volume of pharmaceutical products that they would normally sell out of their practice, and get some of that markup, have shifted to online channels — and particularly with the pandemic, when everyone was buying everything from home.

This is an opportunity for veterinarians to have a way to compete with a Chewy (NYSE:CHWY) or an Amazon (NASDAQ:AMZN) or another at-home service provider.

They can do it through Covetrus’ platform and maintain some of the economics on those products, and that’s been a fast-growing business for them.

It should be growing in the high-20s to 30% range this year.

And then the cash flow generation that you get from the core veterinary distribution business, which is a good business, throws off a good amount of cash.

And it’s really what is allowing the company to pay for the investments in this technology platform.”

“I probably don’t invest too heavily in the really high-risk names.

But a few of the names that I like on the high-risk side include Vertex (NASDAQ:VRTX), which is a bit of a bounce back story.

They have a dominant franchise in cystic fibrosis, with patent protection well into the next decade.

And that’s obviously very important, because your drug is only as good as the intellectual property behind it. As long as you can preserve that, you can continue to have a very profitable franchise.

But they’ve been overshadowed by some of their pipeline setbacks, and they do have a very high-risk, high-reward pipeline with early- to mid-stage assets. So if you’re buying the company today, you’re getting the cystic fibrosis assets at fair value, if not at a discount, which essentially gives you kind of a call option on a high-risk, high-reward pipeline where you don’t need everything to hit.

But one or two of those opportunities coming through could create additional blockbuster franchises that aren’t necessarily valued into the company at this time.

A second name that has some level of risk to it that I like is a company called Bausch Health (NYSE:BHC).

And what I like is, they’re expecting to spin off their eye care business. So their Bausch & Lomb eye care business, a very well-known business that has consumer, prescription products, surgical products for things like cataracts, and other eye care surgery.

And you have a bit of a multiple arbitrage opportunity. Bausch trades at about 10 times EBITDA today, whereas pure-play eye care companies trade at twice that multiple, close to 20 times EBITDA.

o I think there’s a lot of value trapped within that eye care business that can unlock when they do that spin-off.

But if they can manage some of the debt load that they have, which is quite sizable at the moment, and find a way to accelerate that spin.

And they have a few activist investors, including Carl Icahn, who have been pushing for this to happen. So although there’s risk there given the leverage, I certainly think that there’s an opportunity in a name like Bausch.”

Kevin Kedra also identifies the political risk to the sector, although he believes the Biden Administration does not have the ability to enact any meaningful reform:

“What I do think is a bigger problem, and particularly on investors’ minds, is the political environment.

We’re starting to see the rhetoric ramp up against drug pricing.

And a very high-profile launch is Biogen’s (NASDAQ:BIIB) Alzheimer’s drug that got approved.

And that’s created some of the FDA flack, where you had a lot of people questioning whether the FDA should have approved that product, but then Biogen priced it at $56,000 a year, which was well ahead of what we were expecting, what a lot of analysts were expecting. And that raised a lot of eyebrows and has kind of brought drug pricing back into focus.

Any goodwill that the industry bought with the COVID vaccines seems to have been mostly used up at this point.

And the Biden administration is now working on a plan to address health care and drug pricing in particular.

But we’ve heard these stories before. Typically, not much happens — maybe things around the margins, but nothing as drastic as allowing Medicare to directly negotiate with drug companies.

But these are the kinds of proposals that are going to be put on the table.

And I think that’s going to be a risk to investor sentiment more so than it is to the actual companies. So that’s probably the biggest risk on the near- to medium-term horizon as what’s going on in D.C. around drug pricing.”