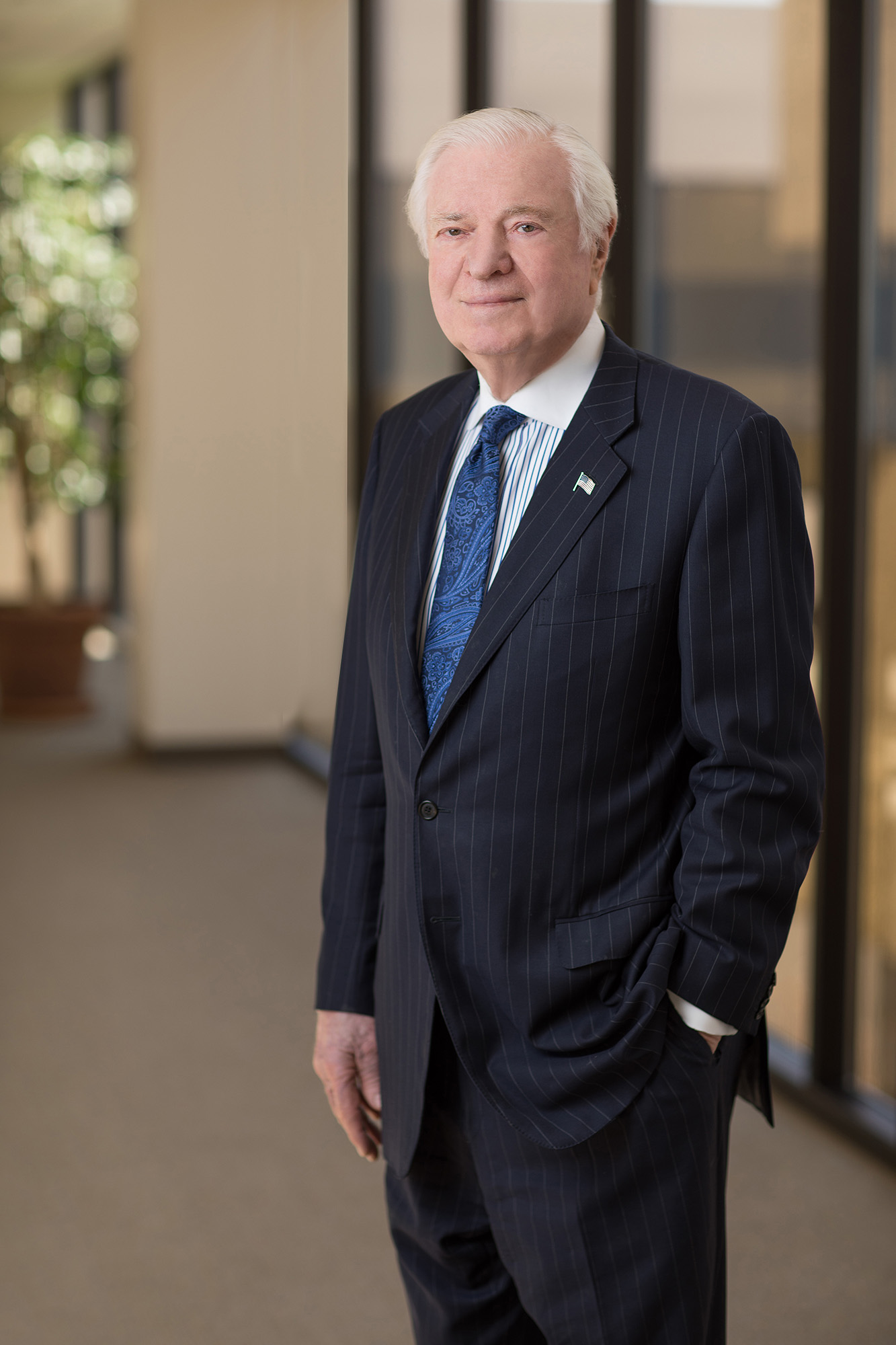 Alan B. Miller is Chairman and CEO of Universal Health Services, Inc., which he founded in 1979. UHS, a Fortune 500 company and one of the largest hospital management companies in the nation, owns and operates more than 350 facilities in 37 states, Washington, D.C., Puerto Rico and the United Kingdom.

Mr. Miller has received numerous awards for his business and charitable activities. He was named Entrepreneur of the Year in 1991 and Financial World named him CEO of the Year in hospital management. He has been named by Modern Healthcare as one of the “100 Most Influential People in Healthcare” for 16 years, 2003 to 2018.

“In total, we have 300 behavioral health facilities, in addition to the 27 acute care. We have over 200 in the U.S. and 100 in the U.K. Our reputation in the U.K. is also excellent, and the business is growing.

We are particularly interested in the armed services, serving veterans and their families should they need mental health support. They’re in a very stressful situation, and we support them as well with a particular program designed for them.

Our revenues this year will be well over $11 billion. As I said, we have over 87,000 employees, the number of which is growing, and we provide care to 2.6 million patients every year.”

The intention is to continue the opportunistic growth pattern:

“…With a record of success and reliability, we have more capabilities in terms of outside banks than we can deal with. We have a very substantial bank line.

We generate almost $750 million a year in free cash. So we have no problem financing. And we are extremely conservative, debt/equity ratio below 40, so we’re very low levered. And it leaves us in a situation where we can build, for example, Henderson Hospital or Palmdale — over $200 million to build a first-rate acute care hospital — and we have no problem financing those.”

Get the complete 1,900 word interview only in the Wall Street Transcript.

Hospital or Out of Hospital Facilities: All-America Research Team Member Matt Larew Tells You Where to Invest
August 20, 2019