Energy Infrastructure is the Investment Opportunity for 2021 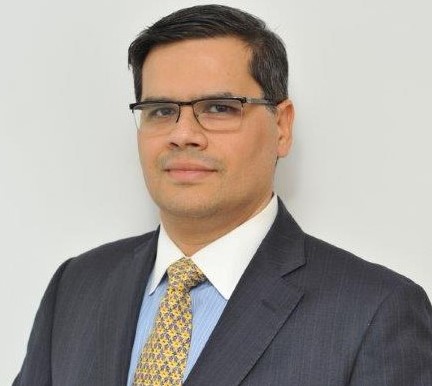 Prior to that he was with Citi, where he covered the midstream MLPs and built out the various commodity forecast models. Prior to Citi, Mr. Sibal held roles identifying investment opportunities in the natural resources and energy sector at BofA and Natixis, as well as project development and engineering roles at Fluor and ABB Lummus Global (CVX JV).

He holds an MBA with High Distinction from Ross School of Business at the University of Michigan and a bachelor’s degree in Chemical Engineering from Panjab University in India.

In this 3,035 word interview, exclusively in the Wall Street Transcript, Mr. Sibal details his best investment opportunities for 2021.

“If we start with opportunities first, I think there is a clear recognition that although in the U.S. there will be a lot more push towards renewable energy, not all parts of the globe are in the same spot.

So, to the extent that U.S. gas, oil and even natural gas liquids production goes to export markets and can help some of those markets also make that transition to — obviously, they’re starting from a very different point, so the terms of reference are very different — but U.S. oil and gas can facilitate that transition. There are opportunities there.

I think infrastructure, with regard to the extent that you need pipes and tanks, you won’t need new pipes and tanks, but you will need some retrofitting of those to handle this renewable diesel and ethanol and all that. So there will be opportunities there.

Then on the gas side of things, obviously renewable natural gas, which can be sourced from animal farms and all those sources, they still need infrastructure to get that gas into the network and move that gas.

And then hydrogen is being talked about, too, in a significant way — I think more so in Europe than the U.S. because of the way their system is set up, but there has been some focus on hydrogen also in the U.S.

These sector relationships with the regulatory framework lead to some specific energy infrastructure stock picks from Sunil Sibal:

“Plains is primarily a crude oil-focused midstream player, and one interesting theme is that commodity prices have recovered — crude is almost to pre-COVID levels.

If you look back, last year crude oil for WTI contracts was trading at around $60, and right now we are in the $55-plus range, so we’re almost there — but the infrastructure players, the way they make money is not from a direct selling of commodity, but when the higher commodity price leads to more activity and more production.

We’ve seen the commodity price recover, but interestingly, Plains still thinks that activity levels from the U.S. side will be fairly tempered and we would not be anytime soon going back to the pre-COVID production levels that we had seen.

But I would say that the most notable thing for me was their cautious approach in dealing with 2021. Obviously there was some kind of optimism going in that because the commodity price is strengthening — and we’ve seen also the drilling rigs start to move up, and all that — there was expectation that the 2021 guidance would be more robust than what it came out to be.

Part of it could be just a cautious approach on the part of Plains management, so we’ll have to see how the year plays out. That’s, I think, an interesting theme.

We’ve seen from some of the other infrastructure players, like Kinder Morgan (NYSE:KMI) came out a little bit earlier; their guidance was tempered too.

Magellan (NYSE:MMP), which handles a lot of refined products too, also came out with guidance which is very tempered. So what we’ve seen so far, I think, is an approach where the midstream players are fairly cautious. Especially the ones which handle crude or refined product are more cautious.”

The petrochemical mix will favor some energy infrastructure stocks over others:

“I think that if the inventory levels are supportive, OPEC might look at increasing production.

That is one key thing I’m looking at over the next couple of months, I would say — how OPEC responds to the strength in commodity prices. Do they still keep the production pulled back, or do they say that we’re seeing enough demand recovery to start increasing production?

Then, to the extent they increase production, the U.S. guys will feel a little pressure. So that, I think, is an interesting dynamic that we’ll be looking at in the next few months.

Then obviously, the U.S. LNG space is another one. U.S. natural gas, I think, still provides a way for a lot of economies in Asia to transition to clean energy from where they are right now; a lot of power in Asia is still generated from coal burning.

U.S. gas can provide a very effective mechanism for them to go to clean energy. But we haven’t seen much movement in that direction for new contracts between the U.S. LNG players and international buyers because of the COVID situation. As travel paused a bit, I think that’s an interesting dynamic, also, we will have to watch out for.

The international prices of LNG, which is normally tracked by prices in Asia where a JKM market is one of the most liquid pricing marks for LNG prices, that has strengthened quite a fair bit after the lows we saw in the time of COVID.

I think that provides some interesting backdrop to the LNG situation, so, we’ll have to see how that plays out, too.”

This LNG focus leads to a top energy infrastucture pick for 2021:

“Then the other name I do like is Williams (NYSE:WMB), which is primarily a long-haul natural gas infrastructure player.

They have a consolidated position in the Northeast, a gathering and processing footprint in the Northeast shale plays, so I think they’re also well positioned in the current environment.

They also have made a fair bit of a move towards some of the clean energy ideas that we talked about. They laid out a plan where they will be investing in solar generation, and I think they’re doing it in a mindful manner in the sense that they are integrating it with their existing assets by using solar energy to power the machines which move the natural gas that they are transporting to their customers.

They’re also trying to make a play in the renewable natural gas sector. I think they’re trying to do it in a thoughtful manner by trying to integrate transition of their portfolio to the demand of the new clean energy environment. That’s one of the reasons I do like them, too.”

Get more top energy infrastructure picks and the detailed analysis behind them by reading the entire 3,035 word interview with Sunil Sibal exclusively in the Wall Street Transcript.